As of this time the N.L.L.R has the capacity two run two passenger trains at one time. Each will be made up of a number of passenger vehicles and a baggage/bike van. The platforms allow for four 2 axle coaches and a van or the two large bogie coaches and combine. There is also a panorama coach that runs on special events and is available for private hire.

When the preserved line first opened passengers were conveyed in a pair of open trucks that had benched bolted to the floor to enable them to be used to carry passengers. Unfortunately at the time none of the original coaching stock had survived to a condition where it could possibly be put into service. if the railway was going to attract more visitors better coaching stock would be needed and so members of the society went to the continent to look at purchasing vehicles from railways of the same gauge. They returned with two steel sided four wheeled coaches. A few years later they returned to the same line and purchased a second pair when funding allowed.

The four wheelers are made by LGB and are of european origin from the stainz starter set and two that were sold seperately They are second and third class and all have LED lighting and metal wheels. 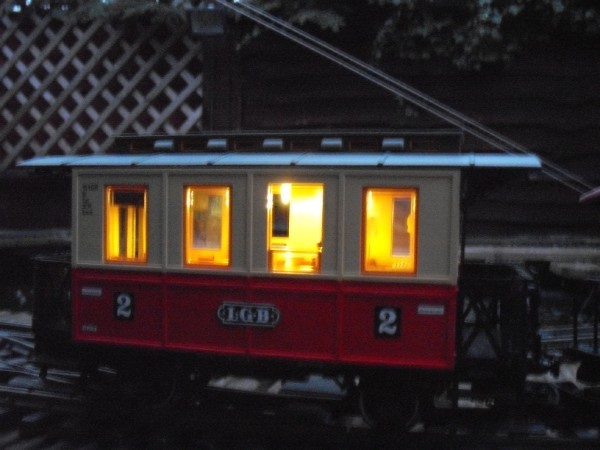 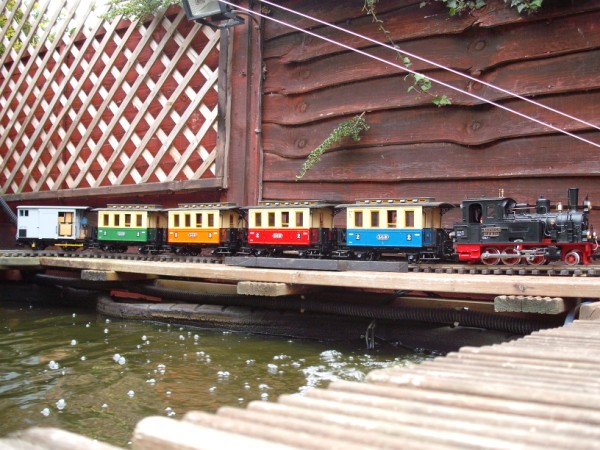 The N.L.L.R owns three open ended balcony coaches of American origin. After purchasing the original pair of four wheelers the railway soon need extra vehicles to add to the operations however at this time the Society could not afford the expenses of shipping anoth vehicle over from the continent. While visiting other lines and museums around the UK the society noticed upon a american style observation coach that was being used as a shed at another line. Arrangements were made to purchase the coach and it was brought back to Narborough and rapidly resored and returned to service. As the society became stable and funds were steady members started to think about a complete 'American' set. Two more vehicles were found; one, a combine just over the border in Nottingham was missing bogies and a full coach was found on a line of different gauge in Cornwall where it was surplus to stock. A new set of bogies were built for the Nottingham coach and the Cornwall coach was transplaned onto some redundant vam bogies.

All three coaches are Bachmann jackson sharp models with battery operated lighting. The observation coach came with track powered lighting, this was replaced with LEDs soon after its purchase. Eventually the three coaches may be painted into the NLLR livery of blue and cream. 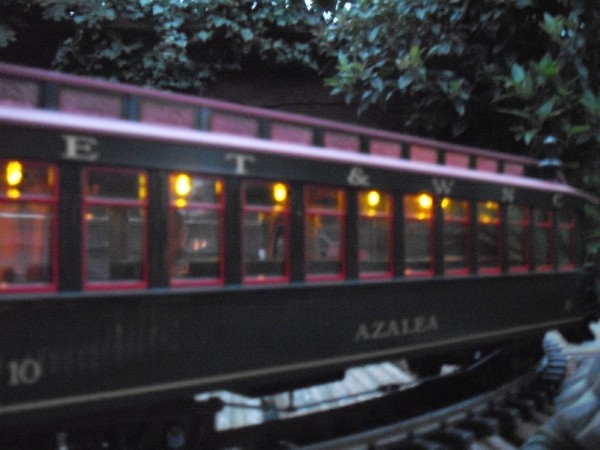 As none as the NLLR's original coaching stock survived intact it was always an eventual goal to rebuild a selection of the lost stock. If a full heritage train was to be run luggage, brake and guards vehicles would be needed as well as standard passenger stock. So it was decided that an all third 4 compartment bogie coach would be built, followed by an all 3rd 3 compartment coach and a guard/luggage van in that order. The first set will utilise the body of a coach that had been converted to a summer house and moved to nearby Swaithland, and the luggage van which was being used as a garden shed at a farmhouse in enderby. It is likely that after this first set is completed more original stock will be recreated.

The coaches will be kits from IP engineering's freelance range. These kits are constructed of wood and laser cut. They will be lit using a battery pack stored in a van or the combine and jumper cables between coaches.