No. 1, Jelson Barrett is one of the original locomotives built for the line by Foster, Rastric and Company in 1845. The locomotive worked in this original state for around 30 years until the boiler was condemned. At this point the decision was made to rebuild the locomotive from the ground up, with only the frames, wheels and tender being recognisable. The locomotive was outdated by the modern standard from the moment it was delivered but found a comfortable life working the easy aggregate trains over the relatively flat railway.

A scratch built locomotive based upon LGB plastic wheels and a small 3v motor and gearbox. Mostly a shelf queen but does have a single AA battery in the tender to make short trips.

Guido is and LGB stainz from a construction starter set. He has factory fitted sound, smoke unit and directional lighting.

Mike is a 2-4-0 tender engine of American origin and is the lines only tender engine and one of the most powerful. He was purchased from a museum in Norfolk where he saw very little use. Upon Arrival Mike had his cow catcher removed and dumb centre buffers and vacuum pipes added.

He is made by LGB and has factory fitted sound, smoke generator and directional lights. Has had a custom front end made, buffers and brake pipes added. 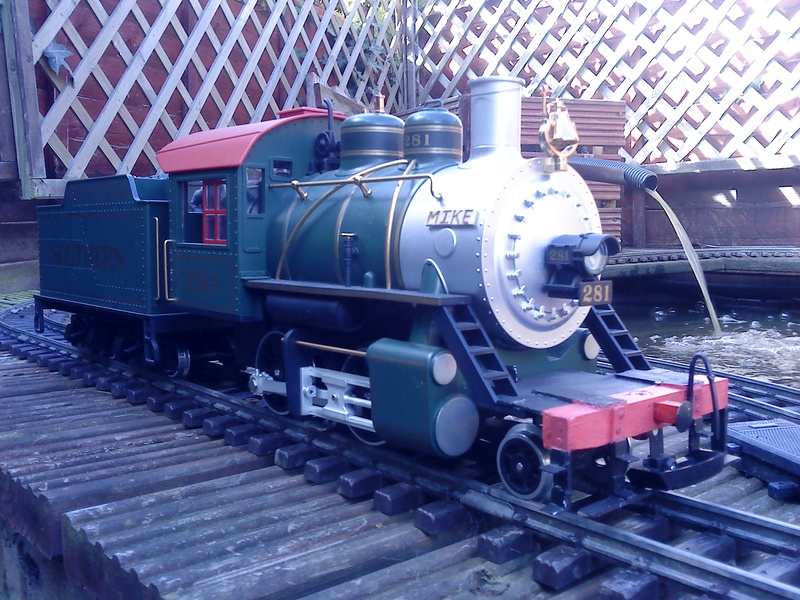 Franz  is Guido's sister engine, an 0-4-0WT stainz type, well tank engine. She worked with Guido on the industrial estate untill she fell into disrepair and was stored, while Guido continued to work. During her extra time in Narborough Sheds, she was repainted into her original DR livery.

Another LGB stainz with directional lighting and smoke unit.

Cropston is a 2-6-0T Spreewald tank engine, she is the line's largest tank engine and the only to have 6 driving wheels. She was purchased from the Charnwood Forest Railway and retained her name and numbers upon arrival to the railway.

An LGB 2-6-0T Spreewald tank engine with directional lighting and a smoke generator. She is the oldest engine on the line being over 20 years old.

Samson is a 0-4-0T Corpet Louvet of France, originally shipped over to the U.S.A when she was built. Whilst there the bunker and side tanks were removed and a tender added. The railway will manufacture new tanks and a bunker modelled on other preserved Corpets

An Aristocraft 0-4-0 switcher with directional lights and a pump assisted smoke generator. Originally painted in a 'Teddy Bear Rail Road' livery . He will be repainted and have side tanks and a bunker added as well as brake pipes and buffers. 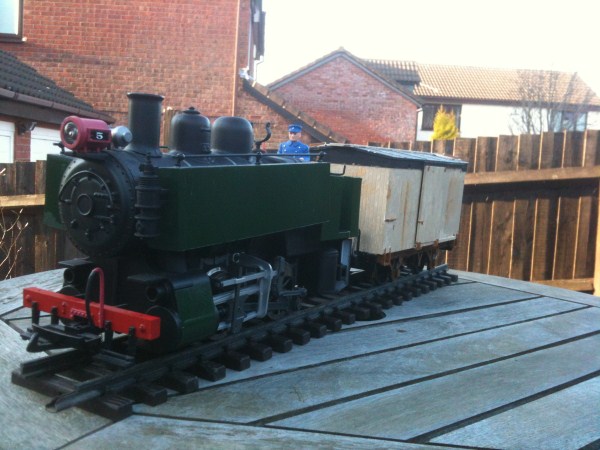 Terrapin is a small 0-4-0DM Diesel locomotive, like those used in large contruction projects like the channel tunnel. He sees occasional passenger use but is mainly used by the Permanent way team on engineering trains and shunts the sheds and sidings at Littlethorpe and Narborough.

An LGB 0-4-0 fieldbahn Diesel, by far the smallest loco on the line. Currently the cab tops have been removed. Terrier was purchased from the light railway at RAF Chilmark. Upon arrival at the railway Terrier had a air braking system fitted. Terrier will work with Carl II as a thunderbird locomotive as well as occasionally working passenger trains, and is preferred  by the MOW team.

Terrier is a LGB 0-4-0 Kof diesel locomotive. It has been resrayed and modelled after a RAF Chilmark loco.

Elefant is the lines largest and most powerful locomotive. She is a German V51 Bo-Bo that spent most of her working life the the Baltic island of Rugen. After she was retired she was purchased by the N.L.L.R to handle the increasing aggregate traffic that the smaller diesels were struggling to cope with. She is expected to arrive on the railway sometime during August 2010. 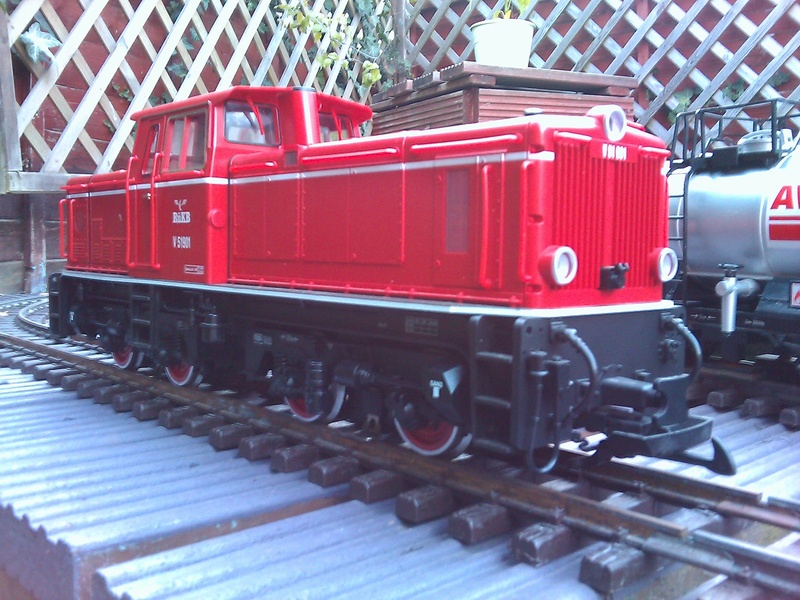 A radio controlled Playmobil LCE  with rechargeable batteries. Will have lighting and detailing added and will eventually be repainted. 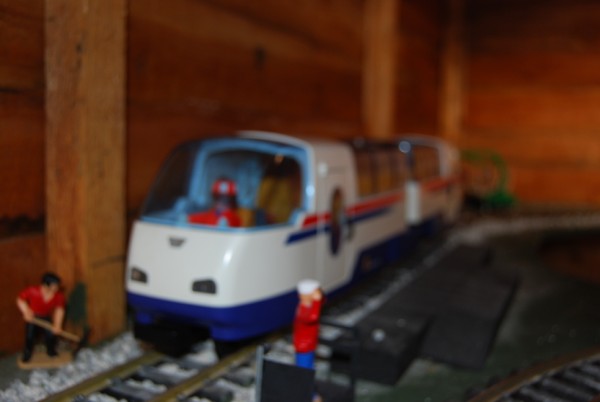